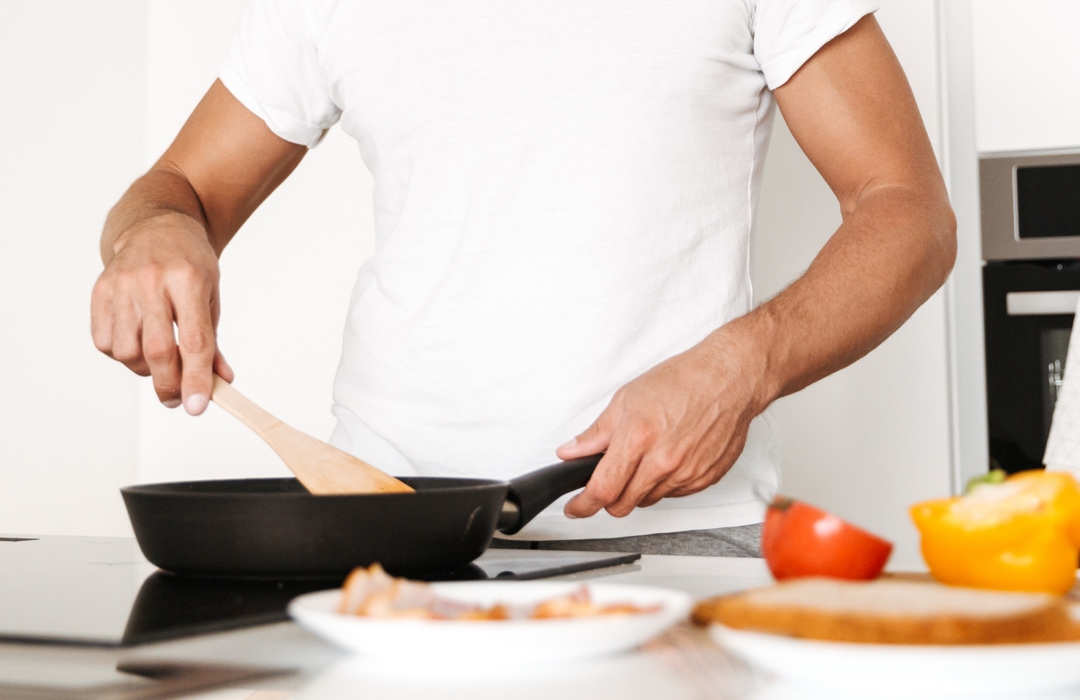 Do we need to eat breakfast?

“Overnight fasting of at least 16 hours (which really isn’t that extended) allows blood sugar and insulin levels to decrease, so that fat stores can be used for energy.”

That means that our bodies can’t burn fat if it is constantly being fed more energy.

The good news is that you can break your fast literally whenever.

For example, breaking a fast might look like waking up at 6am, then eating at 10am when you actually feel hungry. Or it could be eating as soon as you woke up at 8am because you had an early 5pm dinner early last night (15 hours fast). It’s up to you!

Having protein at the start of the day has been shown to affect how you eat later in the day. Specifially, eating protein activates the body’s signals to curb hunger hormone ghrelin 1, reduce cravings in the brain 2, increase fullness hormones peptide YY, GLP-1 and cholecystokinin 3. While eating breakfast in general has not been shown to increase weight loss, eating high-protein breakfasts has been shown to increase alertness, fullness hormones, and reduce cravings [4, 5, 6]. Avoid fake healthy breakfasts such as sugar-laden cereals, fat-heavy lattés, and unbalanced meal replacement shakes.

Our breakfast recipes are high in protein and moderate in complex carbohydrates and healthy fats. The macronutrient balance and fiber is designed to be filling, and to help you avoid the sugar crash from processed breakfast foods [7, 8, 9]. The portion size may not fit your specific needs, so definitely adjust up or down as you see fit (or use our app). Packed full of sweet & savory recipes, these meals can be bulk prepped for lunches and dinners too. Nutrition estimates are included, with easy substitute ideas for plant-based and animal-based proteins, gluten-free, dairy-free, and nut-free. These high-protein breakfast recipes are easy, quick, and extremely suitable for vegans, vegetarians, pescatarians and flexitarians. 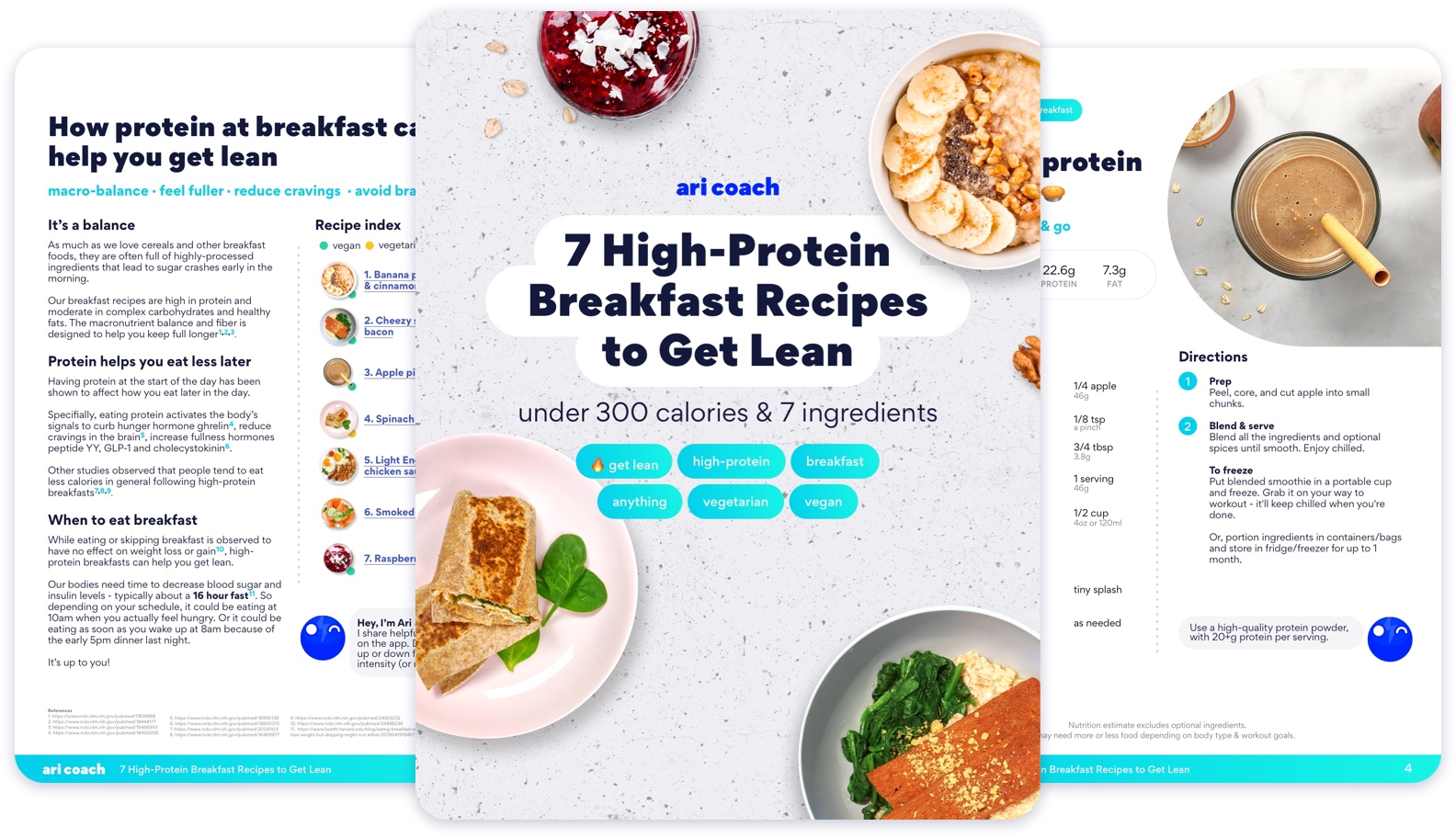 You guide is on its way to your inbox - if you share a pic, tag us @aricoachapp on Insta!

Need a meal planner for your workout goals? Try the Ari Coach app for free!